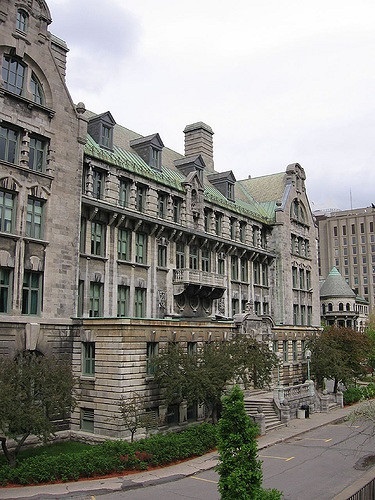 Two comparable but very different school systems, the Canadian and UK systems, have many points of comparison the other could learn from. Is one better than the other? Let's take a look at the similarities and the differences.

Canadian schools are generally more focused on holistic education rather than grades only. This has a great deal to do with the social strata of the country as with the school system itself. The UK is one of the most strictly stratified countries in the world in terms of its class system. Canada is not, and this is reflected in school policy.

Children are usually reported as happier in the Canadian school system than they are in the UK system. This is especially true when children who experienced both school systems were surveyed.

Families and communities are expected to be very involved with the education of the children in the community. Many of the extracurricular activities that are directly sponsored by a school system in other developed nations are run by community organizations in Canada, although they are run in conjunction with the school system.

Grades are emphasized in the UK education system, almost to the detriment of a more holistic education. The bureaucracy in the system is among the highest in the world, and children who do not achieve high marks early on may be pushed back for the rest of their educational career, locked out of opportunities even if they show promise later on down the road.

Children are usually reported to be more stressed out in the UK system as compared to students in the Canadian system, mostly because of the rigorous grading structure.

Canada vs. the UK

The UK school system is definitely more traditional and based around scales and grades; however, the regimented structure has not proven itself to be better than a more holistic style of grading children, teaching and extracurricular activities based around learning. This style is more prevalent in Canada.

In general, studies have Canadian education positioned well above UK education in terms of student performance and receiving a good education. The communities that take a special interest in providing extracurricular activities alongside the school system in Canada are among the top performing districts with a solid reputation. In contrast, most school districts in the UK perform within a closer range.

In terms of security for the family, the Canadian school system seems to be the preferred option. This may seem counterintuitive; however, the community culture in Canada is so ingrained that any levity that the culture gives to children in the actual school system is more than made up for with the organized community support. In short, in Canada, the entire community educates your child, including you. What could be more secure than that?

Topics: Canada for a Better Future for My Family

If you are interested in learning more about Canada's Immigrant Investor Program, secure your private consultation with one of our Advisors